Nearly two months ago to the day (July 9), I posted about Toyota’s incredible run on “safety” as a campaign message.

That post, “Toyota: Lost in the Wilderness?,” is right here.

Its thrust: given all the recalls and problems, are they already done with this “safety” push?  It seems so, given some new social media-oriented, reliability-themed spots I’ve seen.  Just as I was noticing how blatant the safety sell was, both in print and on-air, some fun, story-based spots started showing up in the ad mix.  I found it problematic – a premature watering-down of the critical “safety” theme.

This is a company whose entire brand was built on reliability.  Since November, though, it’s recalled more than 10,000,000 cars in the United States.  The brand name repeatedly made headlines about sticky gas pedals and sudden acceleration.  They made a brief, hard run at “safety,” but seemed to be flitting off in other directions after just a couple months. 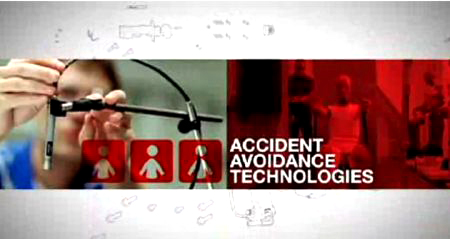 Toyota Commits to the Safety Message

This morning, I was flipping through a recent issue of Advertising Age and read this headline:  “Toyota to Push Safety in Ad Blitz.”  I thought I was reading a back issue, but no … it’s dated September 6, 2010.  The story’s a bit longer online than in print and can be read here.

Basically, Saatchi Los Angeles is building more creative elements to support the safety message – with an emphasis on the STAR Safety System.  The campaign will run “well into 2011.”  The renewed push is likely spurred by horrific August sales figures.