The latest incarnation of Apple TV has again fired up the “cut the cord” talk – killing off your obscenely-priced cable or satellite subscription.  The stranglehold is broken.  Cutting the cord is absolutely a trend.

Apple TV, for example, has now joined more than 100 other devices that support Netflix streaming, which allows unending access to a huge library of programming direct to your television.

Wired just issued a complete guide, fronted by Joel McHale (from NBC’s Community and E’s The Soup), about how to watch all the best stuff without cable or satellite.  Here’s another how-to-live-without-cable-or-satellite from Salon.com (not as fun as McHale’s).  A Google search produces at least a dozen more.

What you want, when you want it, as often as you want it – it’s easier than ever and doesn’t require a $100 cable bill.  Just a little bit of new hardware, a high-speed internet connection, maybe some new software, some non-cable and non-satellite programming subscriptions … 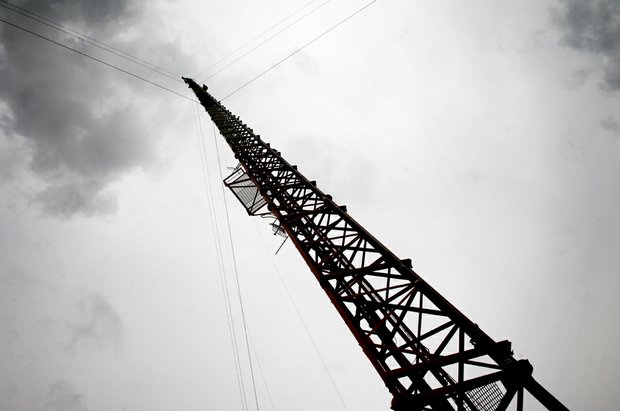 Go old school: harness high definition television in its cleanest form with a $10 antenna or even a paperclip - compliments of your local broadcaster.

High definition television in its cleanest, purest form is always available to you at no cost.  The signal gets no better than straight out of the air.  No expensive hardware to purchase (because you already own that 42″ HDTV).  No cable, no satellite, no high speed internet, no Hulu, no Netflix … no subscription required of any kind.

Digital broadcast signals are in the air and all you need to harness them is a $10 antenna (though a large paperclip will often suffice).  Again, high definition television in its cleanest, purest form can be brought into your home at no cost.

But … over-the-air television is absolutely free.  Right now.  All the time.  And it’s nearly 100% stupid-proof … just plug it in and turn it on.  It’s the true essence of passive entertainment.

If your mobile device was equipped with a DTV tuner, you could have it all available wherever you go – without paying for mobile internet access.

I know this sounds like the ramblings of your grandfather, but the point remains: if your argument and motivation for “cutting the cord” is financial, you must celebrate the role your local broadcaster plays in entertaining and informing you.

High definition television in a linear form is a relic.  And it’s absolutely free.