On Mosses, Modesty, and Sustainability

Like all kinds of life, mosses have something to teach us about right living.

Basically a lift from an outstanding conversation on On Being with Krista Tippett titled “The Intelligence in All Kinds of Life,” this post celebrates the modesty and sustainability of one of the simplest and oldest kinds of life on Earth.

The guest, Dr Robin Wall Kimmerer, is a bryologist (expert in moss) and member of the Citizen Potawatomi Nation. This balance of scientific knowledge and indigenous knowledge provided an interesting backdrop for the entire conversation.

The conversation between Tippett and Kimmerer immediately changed my typical shooting subjects and perspective. Rather than going wide and grand, I shot everything with my 45mm f1.8 (90mm equivalent) for fun and challenge and did so low to the ground.

Here: a few choice quotes from and shot-while-listening images inspired by Kimmerer and Tippett. And a new respect for modest mosses. 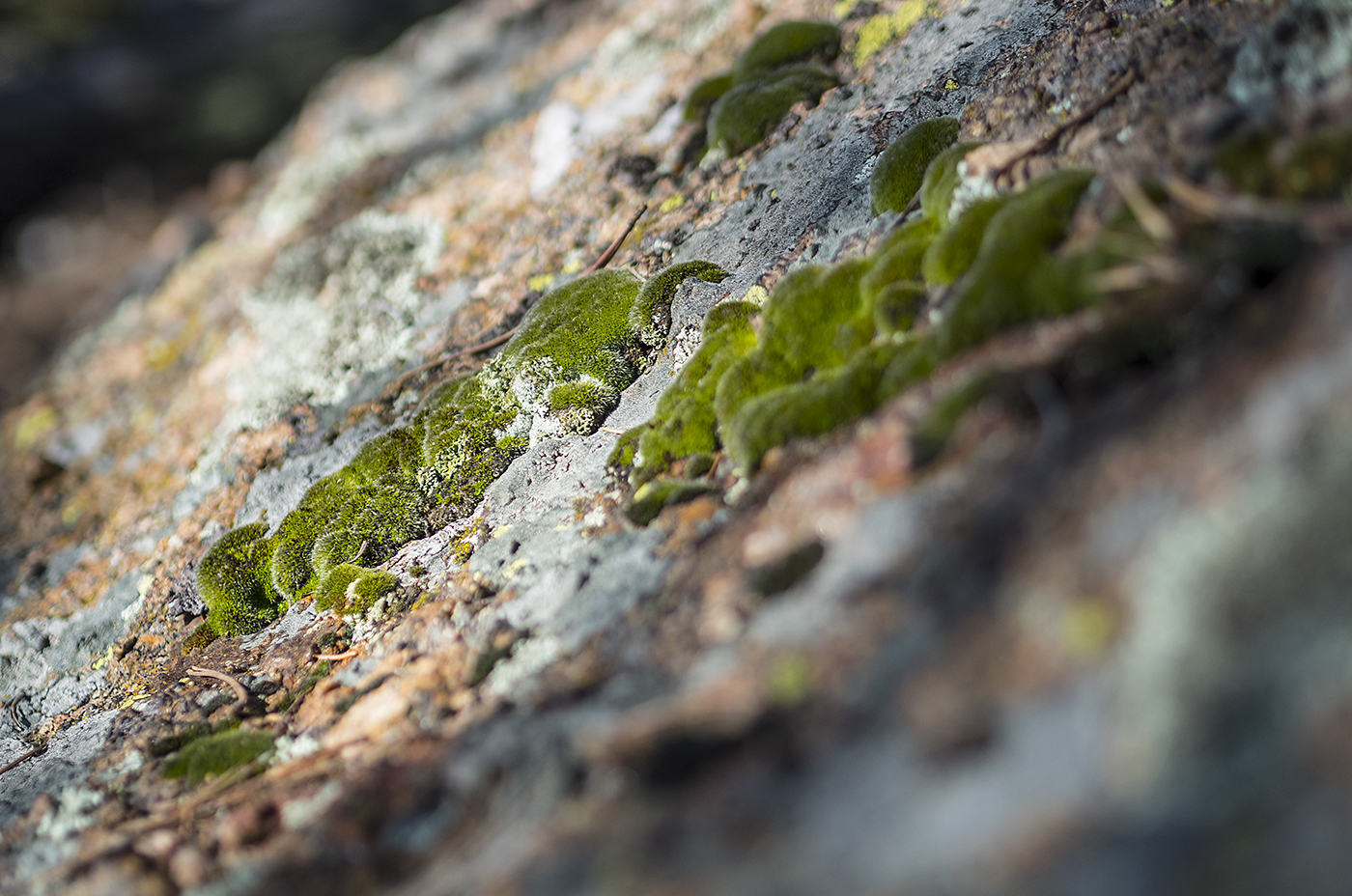 As she often does, Krista Tippett read aloud a passage from her guest’s published work …

“The rocks are beyond slow, beyond strong, and yet, yielding to a soft, green breath as powerful as a glacier, the mosses wearing away their surfaces grain by grain, bringing them slowly back to sand. There is an ancient conversation going on between mosses and rocks, poetry to be sure. About light and shadow and the drift of continents.” – Dr Robin Wall Kimmerer, Gathering Moss

This moment created the shift in subject and perspective as I ran up through the Pike National Forest. The forest floor is blanketed with rock being worn away by mosses. Together with wind, water, ice, and other elements of erosion, the moss helps reduce boulders of Pikes Peak granite to rocks to pebbles to grains and to sand. 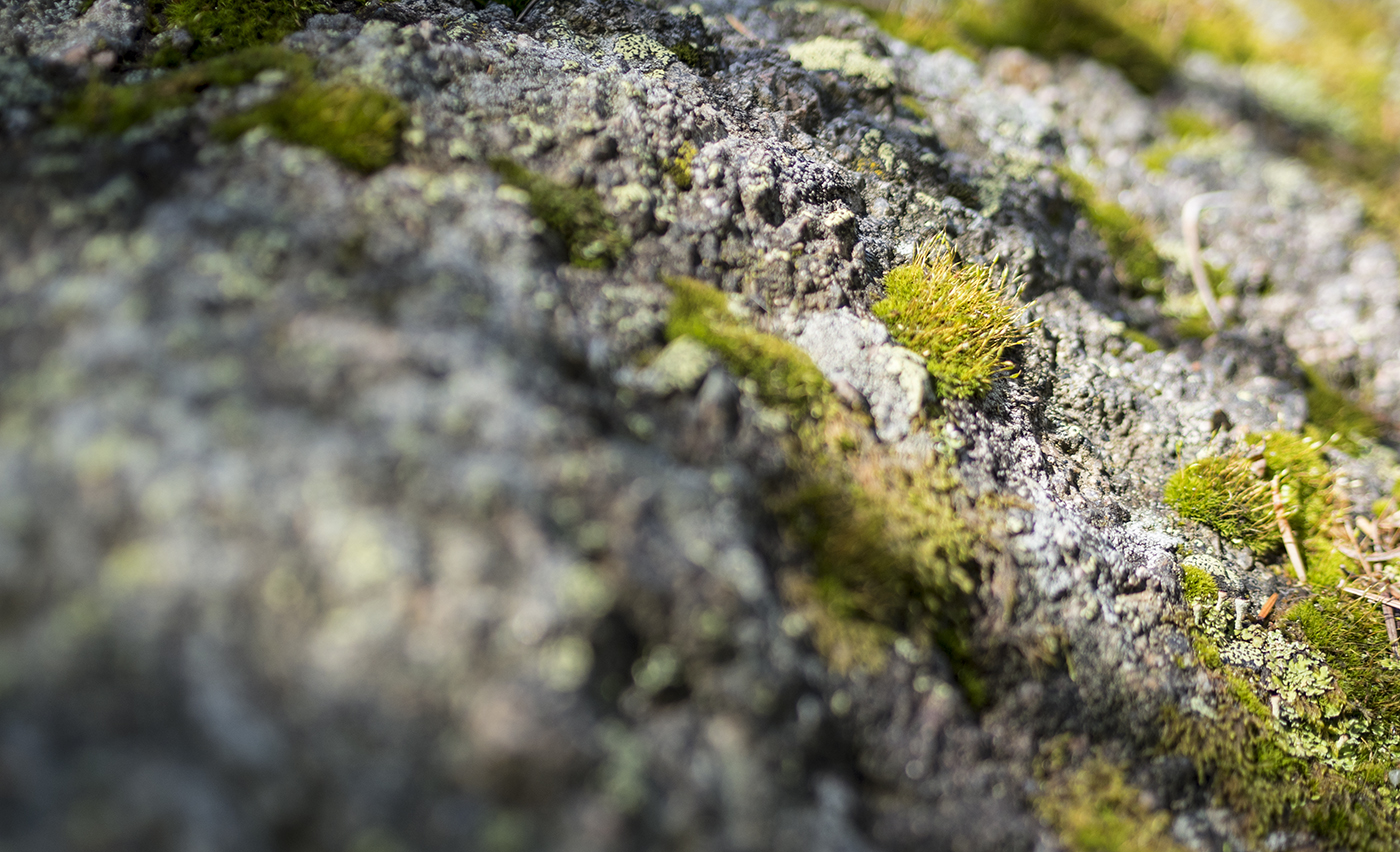 After learning about Kimmerer’s background, Tippett turned the conversation to the modesty of mosses. Per Kimmerer:

“Mosses are superb teachers about living within your means.”

Expounding on that point and earning my respect for mosses, Kimmerer set up a strong analogy …

“Mosses are not good competitors at all, and yet they are the oldest plants on the planet. They have persisted here for 350 million years. They ought to be doing something right here. And one of those somethings, I think, has to do with their ability to cooperate with one another, to share the limited resources that they have, to really give more than they take. Mosses build soil, they purify water, they are like the coral reefs of the forest, they make homes for this myriad of all these very cool little invertebrates who live in there.” 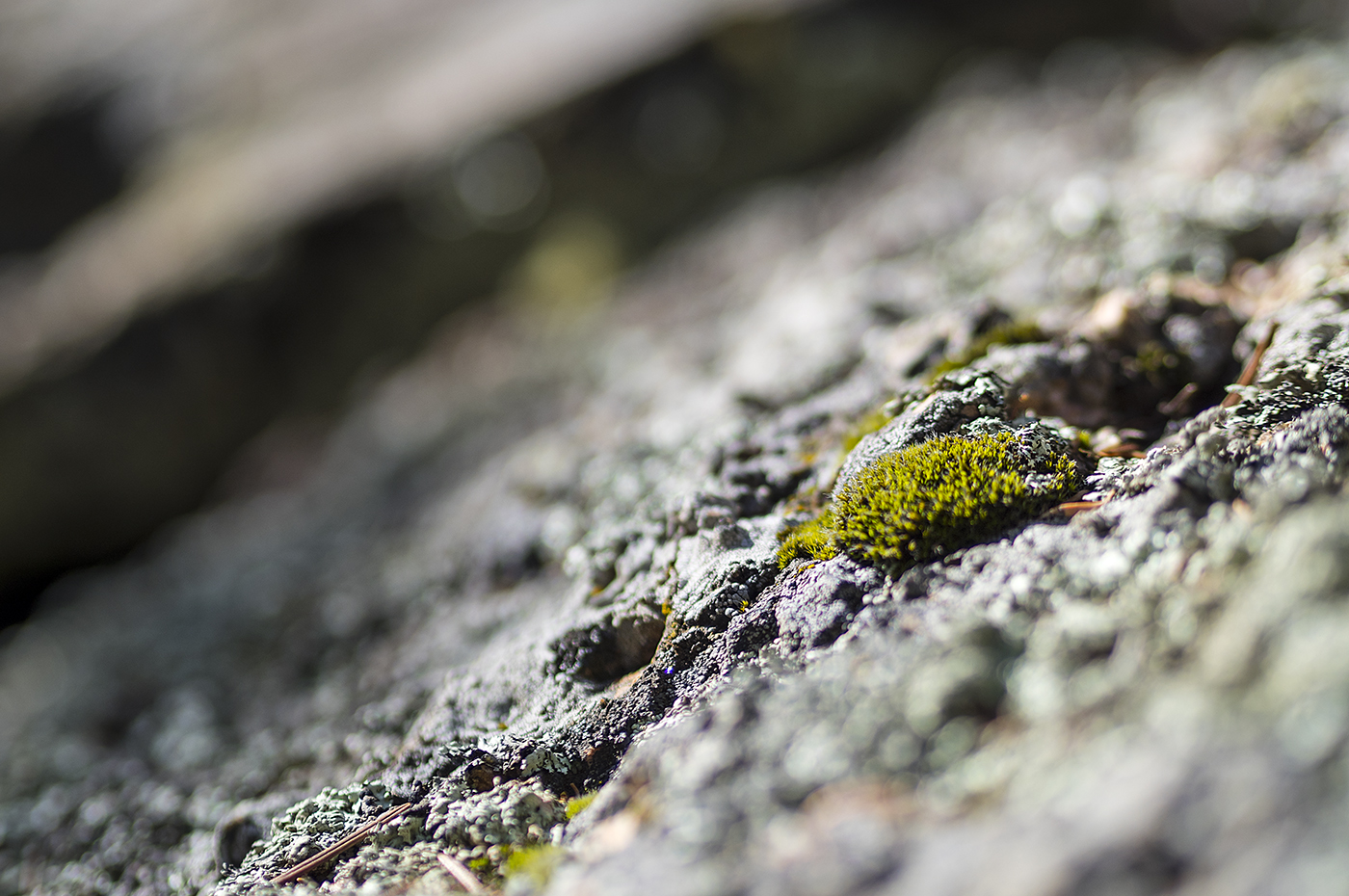 The two shared takes on sustainability. Where Kimmerer took on anthropocentrism, I again saw opportunity for biomimicry.

“If something is going to be sustainable, its ability to provide for us will not be compromised into the future. And that’s all a good thing. But at its heart, sustainability, the way we think about it, is embedded in this worldview that we, as human beings, have some ownership over these, what we call, resources, and that we want the world to be able to continue to keep — that human beings can keep taking and keep consuming.

“The notion of reciprocity is really different from that. It’s an expansion from that, because what it says is that our role as human people is not just to take from the earth, and the role of the earth is not just to provide for our single species. So reciprocity actually kind of broadens this notion to say that not only does the earth sustain us, but that we have the capacity and the responsibility to sustain her in return. So it broadens the notion of what it is to be a human person, not just a consumer. And there’s such joy in being able to do that, to have it be a mutual flourishing instead of the more narrow definition of sustainability so that we can just keep on taking.” 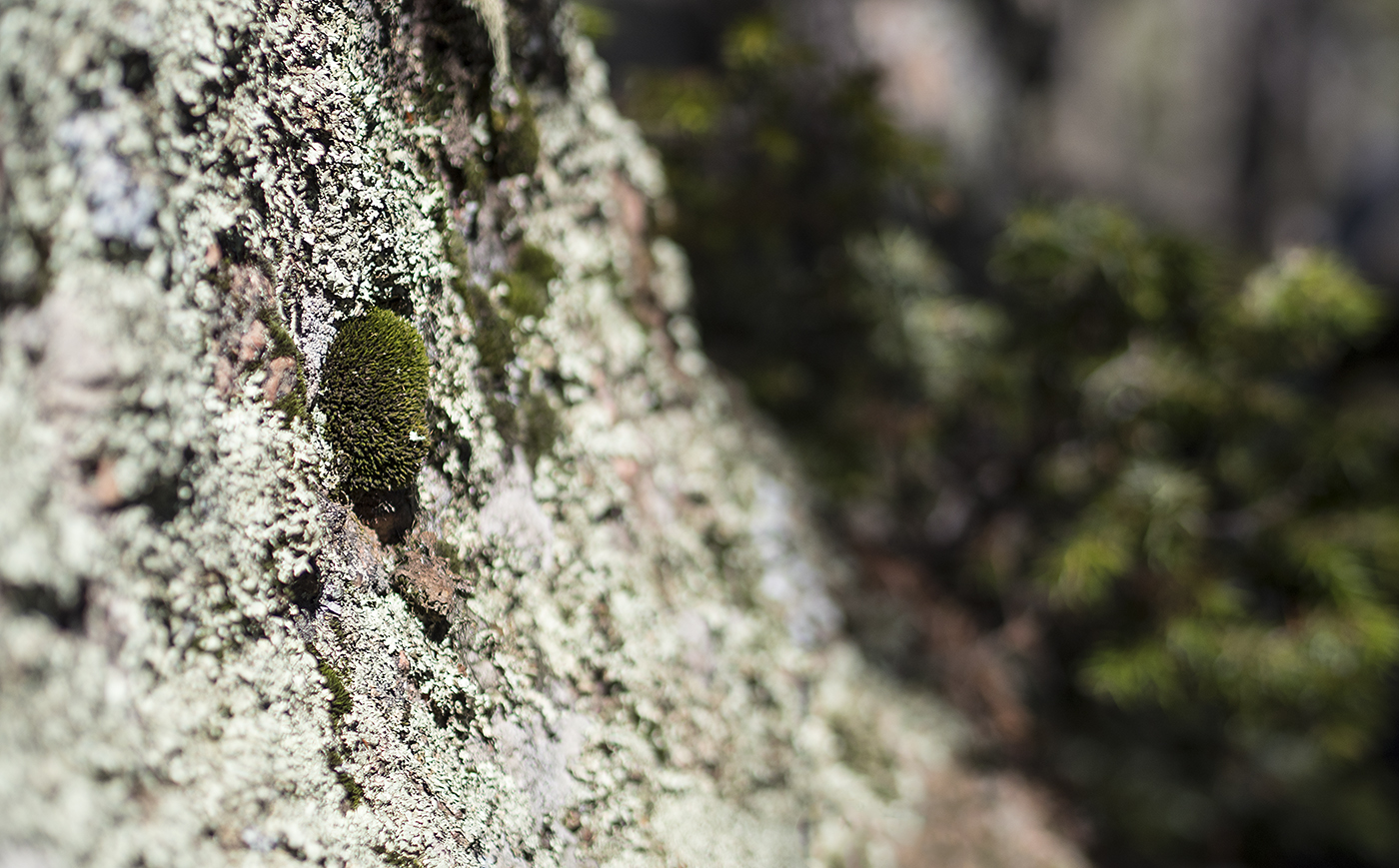 I went light words here so that the quotes would stand out and speak clearly.

The takeaway: We can learn from the modesty of mosses. We ought to seek sustainability, consider consumption, and leave things better than we find them.

Rather than “party out this place,” might we be the coral reefs of the Earth?

Listen to the entire conversation or read the transcript of “The Intelligence in All Kinds of Life” by clicking right here. 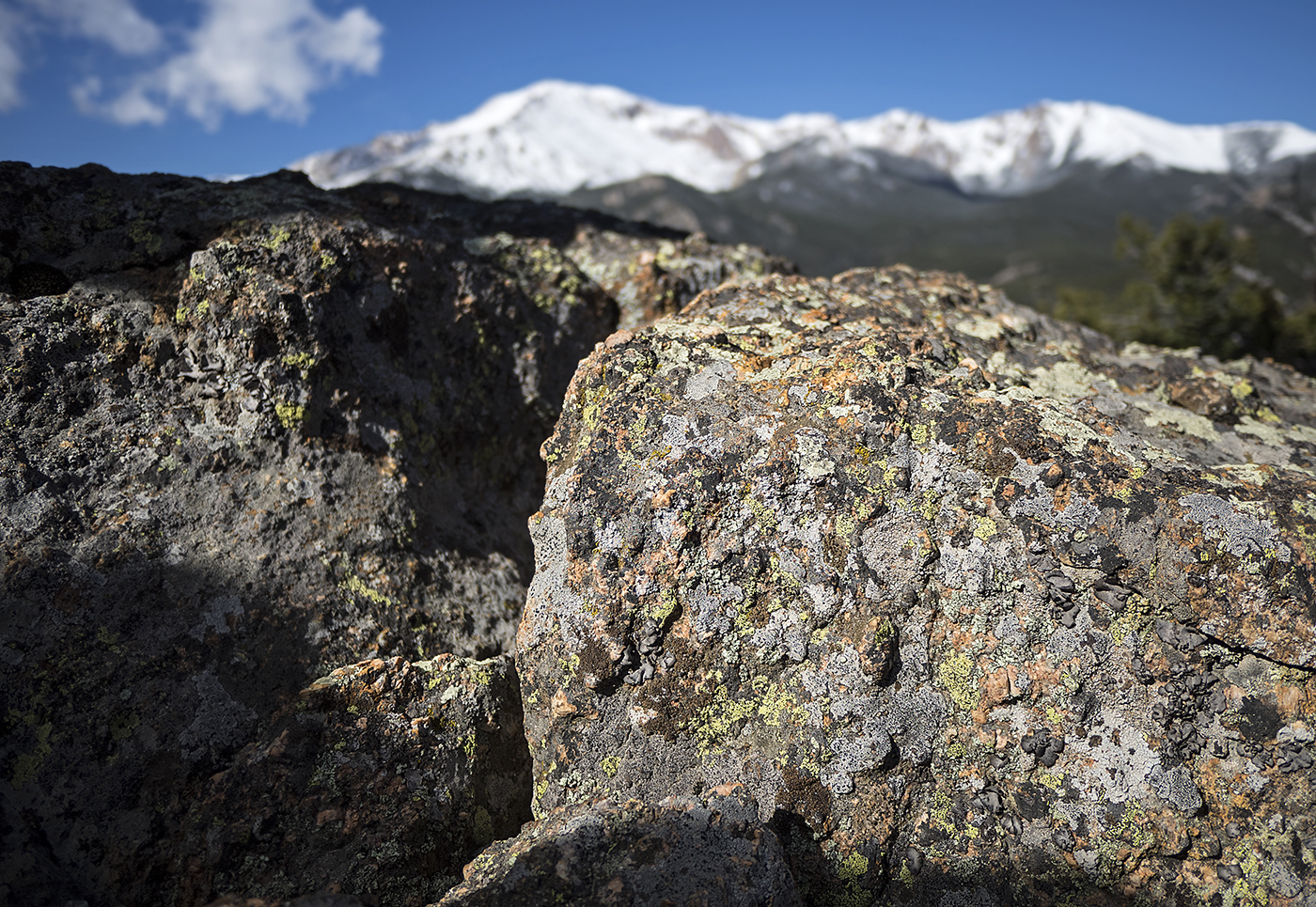 Note: much of this is lichen, not moss. Here’s the difference.