Email Marketing Based on Personal Data: Bringing Us Back To Netflix

We subscribe to the Netflix streaming service. We use the Wii console to access an interface to stream movies and television shows.

But … we’ve not watched anything on Netflix in a while. We’ve been watching less television generally and less Netflix specifically. The holidays. Library books. A return to our box set of the entire Six Feet Under series. They all conspired toward this result.

So what did Netflix do about it?  They sent this … 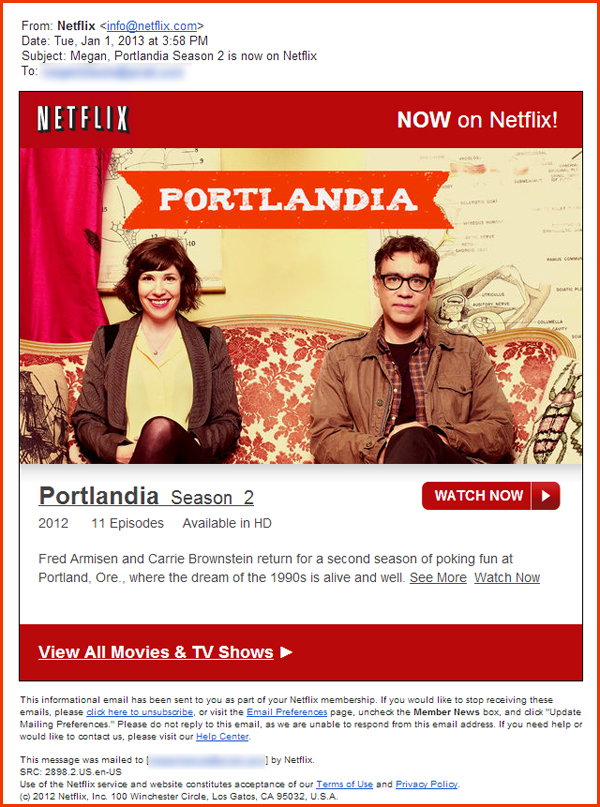 So, it’s a retention play based on our viewing habits.  The call to action is to log in and start watching.

In a related story, we started watching season 2 of Portlandia this week …