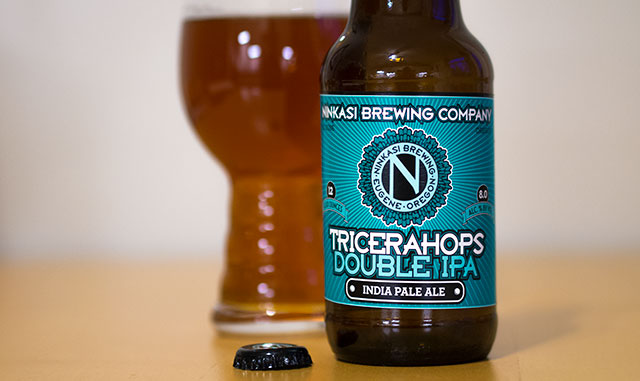 “Proudly a macro beer.” Who would say such a thing? Why? And how?

For the answers, here’s a quick look at the 2015 Budweiser Super Bowl commercial.

“Proudly a macro beer. It’s not brewed to be fussed over. It’s brewed for a crisp, smooth finish. This is the only beer beechwood aged since 1876.

“There’s only one Budweiser. It’s brewed for drinking, not dissecting. The people who drink our beer are people who like drinking beer. To drink beer brewed the hard way.

“Let them sip their Pumpkin Peach Ale. We’ll be brewing us some golden suds. This is the famous Budweiser beer. This Bud’s for you.”

That right there’s a stake in the ground. Or a line in the sand. A line on the other side of which are craft beers and micro brews.

What Precipitated the Position?

Witness: “Budweiser sales decline: Americans now drink more craft beer than Budweiser” (Slate, November 2014) | Choice quotes: “Craft beer’s growth pushes it past Budweiser in total barrels shipped.” and “It’s also a very specific testament to the decline of Budweiser, which these days is basically a beer without a purpose.”

Witness: “Budweiser’s fall from grace, visualized” (Washington Post Wonkblog, December 2014) | Choice quotes: “The self-proclaimed ‘King of Beers’ is looking more like a pauper than a prince these days.” and “Per capita consumption of Budweiser has fallen by more than 43 percent since 2004.”

However: “Budweiser and the Craft Beer Fallacy: How Myths Hide Trends” (Forbes, December 2014) | Choice quotes: “Realize that craft beer sales are up from a small base, and today ALL craft beer sales still account for only 7.6% of the market.” and “The problem with Budweiser sales – and sales of other big name brand beers – is a change in demographics.”

Response to the Budweiser Ad

Witness: “The Super Bowl’s Riskiest Ad: Is Budweiser laughing with or at Millennials?” (The Atlantic, February 2015) | Well worth the read if you’re into this topic, this piece packs cultural and demographic astuteness. Consolation: “This isn’t to denigrate the advertising people at Budweiser, who are perhaps in an impossible position.”

Witness: “Analyzing Budweiser’s Hypocritical, Anti-Craft Beer Super Bowl Ad” (Paste Magazine, February 2015) | The tone taken here feels more fun and aggressive than The Atlantic’s analysis. Sample: “In fact, Anheuser is so non-threatened by craft beer that it saw fit to spend $9 million on a 60-second Super Bowl ad just to make sure you were aware of that fact.”

Response from a Brewer: An Open Letter on AB Buyouts and Advertising (Renegade Brewing, February 2015) | Personal note: their Elevation Triple IPA punches very well. Feel: the Founder and President had a lot on his chest; the ad seemed to be the last straw. Good, leading questions: “Could AB have been referring to their coffee pumpkin ale? As we all know as of January 23rd AB InBev produces a coffee pumpkin ale called Punkuccino under their newly acquired Elysian line of beers. Or do you think AB is even aware that they now produce this beer?”

The Roundup: “A Roundup of the Best Responses to the Budweiser Commercial” (Times Union, February 2015) | Rundown on this Roundup: a fun collection of videos, tweets, and even a Miller print ad that skewers Bud’s approach.

Choice shots: the beer funnel shot and the leveling of the tree.

Yes, this is a bit of a lazy amalgam of links.

As a fan of craft beer and with an interest in brand and positioning, I found this ad and the response remarkable. So, some remarks.

Many took offense to the spot. And many made fun.

I found it to be a necessary attempt to create some sense of purpose for a tired product and brand whose target audience is aging. Certainly, the “real America” may be able to rally around a “real American” brand that turns its nose up to the hipster snobs who turn their noses up to fuss over their fussy beer.

A brand can define itself by what it is. Or by what it isn’t. With this execution, Budweiser’s agency found a fine balance.

I’d never spend a penny on Budweiser. I wouldn’t drink Budweiser at any price, including free. I probably spend too much money on craft beer (like the Ninkasi Double IPA above that I bought, poured, photographed, and fussed over). But … I have no contempt for this attempt.

Hit me up on Instagram for regular craft beer photos. And drop a comment. What’s your reaction to Budweiser’s Super Bowl ad?