The Return of Late Fees 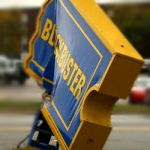 In the face of the Netflix onslaught, Blockbuster famously announced “the end of late fees” in 2005.  Exciting news: they’re back!  Apparently, some stores reinstated late fees shortly after the program was announced, but now they’re back everywhere – with slight surreptitiousness – in the form of a new movie rental arrangement.

I dropped into our neighborhood Blockbuster on the west side of Colorado Springs, picked out a romantic comedy that my wife is sure to enjoy, then hit the checkout.  I was offered two options: a one-week rental for $5 or a one-day rental for $3.75.  I’d not been in a Blockbuster for months, as we have a Netflix subscription, so maybe this wrinkle isn’t new.  Regardless, it’s new to me.

The one-week rental obviously carries through the week, along with some extended grace period.  If you don’t return the one-day rental by close-of-business the next day, however, you’ve just rented it again for $3.75 more.  Sounds alot like a late fee, yes?  You might argue that the one-week vs one-day option is an exciting new choice for customers.  I would counter that Blockbuster woudn’t offer the one-day option for $1.25 less if they didn’t think it would haul in some additional fees from ignorant, lazy, or unsuspecting customers.

Here’s the point: when your business model has been significantly disrupted and damaged, you should be looking for new ways to provide value for your customers, not designing clever ways to extract a few more bucks from them.

Update: just read in the Wall Street Journal that Blockbuster is set to close 960 stores by the end of 2010.  The collection of late fees – no matter how many, nor how clever – can’t turn that plan around …