He Loves to Fly … and It Shows!

I saw a remarkable piece in the Wall Street Journal yesterday.

Right off the top:

Now to the story:

Michael Jeffries, A&F chief executive since the 90’s, received a $4,000,000 payment in exchange for limiting his “personal use of the corporate jet.”  He’s now limited to just $200,000 of personal use per year.

Let’s break that down in a hypothetical scenario:

Honestly, I’ve never shopped for personal or chartered use of a jet.  I will say that $20,000 per trip seems a bit high.  Also, my proposed annual schedule of every weekend, plus four longer vacations is a pretty aggressive recreational schedule for the CEO of a company with $3.5B in annual sales; it seems like Jeffries might be more busy than my hypothetical scenario suggests.

In short: he loves to fly – on what must be a luxurious corporate jet – for personal use – a lot. 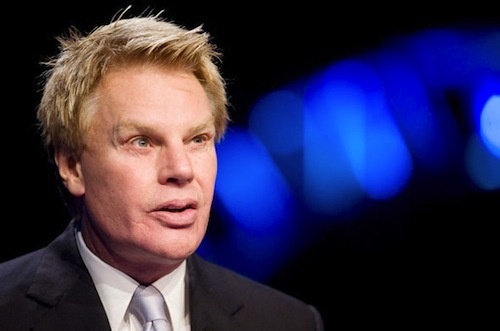 A&F CEO Michael Jeffries loves to fly ... and it shows!

Abercrombie & Fitch has more than 350 stores, most of them in the US (3 in Canada and 1 each in London, Milan and Tokyo).  You might recognize A&F as the clothing store in the mall in which the male models don’t wear any shirts, the female models are half naked and none of them are minorities.  They also own the Hollister, RUEHL and Gilly Hicks brands and operate more than 1,100 total stores.  They also sell direct by web.  They sell apparel primarily targeted to people under 30.

The A&F brand has been alive since the 60’s and today is rooted in “East Coast traditions and Ivy League heritage” and taps into the “essence of privilege and casual luxury” (seriously, you have to read their self-description in the open of their latest annual report).  It’s been owned by The Limited since 1988.  Here’s a look at their 10-year stock performance:

Jeffries has presided over a very nice growth story.  If you want to call $1M/yr in personal use of the corporate jet excessive, at least acknowledge that his use peaked during years in which his company was performing.

Would a CEO who really cares about the fate of his company accept a $4,000,000 buyout in exchange for dropping his personal use of the corporate jet down to $200,ooo/year?  Why would he not of his own volition simply agree to a cut back?

When you identify unlimited personal flying as a costly sinkhole for your ailing company, do you take your observation to the legal department to start structuring a deal or do you take it straight to the CEO?

Does your in-house legal team put this deal together or do you hire it out?  Do A&F and Jeffries have separate representatives in the negotiation?  Was it contentious (as in “No way!  $3M is insufficient compensation for limiting my client’s personal use of the corporate jet.  That’s less than the value of his next 3 years of personal use of the corporate jet.” | “OK, how about $4M?” | “Deal!”)?  What were the total legal fees incurred?

What would you make of this whole thing  as a stockholder?  Would there be any way a stockholder would even know about such extensive personal use of the jet?

This isn’t some populist rant about CEO’s running out of control.  As mentioned off the top, I find the whole scenario perfectly acceptable, though fascinating in its outrageousness.  I also find it a little offensive from a potential shareholder’s standpoint.