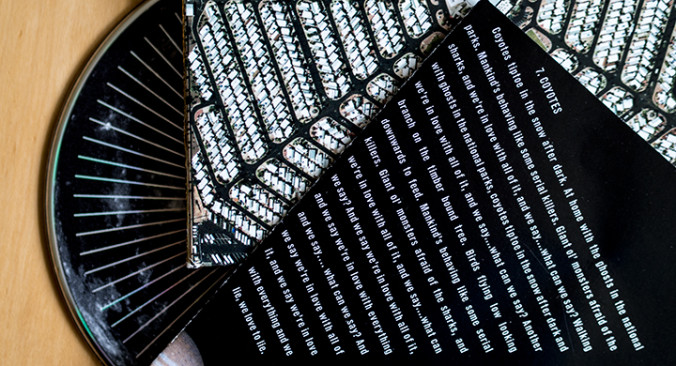 Artfully Articulated: The Imbalance between People and Nature

“One of my biggest wishes is that we could figure out a way to live with the natural world instead of on top of it.”
– Songwriter Isaac Brock in the audio commentary on the Modest Mouse song Coyotes from their album Strangers to Ourselves.

I share his wish to realign people and nature.

Here: a personal go at his artful articulation of the issue.

I’m not a big lyrics guy; I prefer vocals blended deep in the mix. Think: voice as just another instrument.

When they’re brought forth, as in most pop and rock music, lyrics must be neither trite nor adolescent to avoid my complete rejection. I’ll throw that baby out with the bathwater all day.

With Coyotes, though, Brock captured my ear and my interest on first listen.

Hear a studio production and/or a live recording of Coyotes below (apologies in advance for the Vevo ads).

People and Nature: The Imbalance

My experience, observation, and opinion …

People are nature is people.

It really is that simple. But we don’t behave that way. Or even think that way.

We tend to be short-sighted and selfish.

A consequence: we fail to account for the true costs of our actions; we make decisions that aren’t in our long-term interests.

Our lives are less complete and less satisfying than they can or should be in the absence of a healthy, balanced, and grateful relationship with the natural world.

How Brock articulates some of these themes (full lyrics here), along with my read on them:

Dramatic? Sure. Or artful.

My first impression: unremarkable. But the break at 1:20 struck me immediately and obviously as essence.

The lasting impression: honest and a bit doleful.

More on the inspiration for the video: Coyote rides Portland’s MAX light rail train in 2002.

Tough to get up for a performance at CBS? Probably. It was the best live sound I could find on YouTube.

Strangers To Ourselves debuted as the #1 rock record and #3 overall on the Billboard charts in late March this year.

Coyotes was the second song from the album released for download (back in January).

I don’t know how much meaning will be taken from or traction will be gained from the song, but it’s a solid message for popular music and popular culture.

In connecting with it, I was forced to ask “what can we say?”

May it take similar effect with others.

May it be another grain of sand tipping the scale toward balance.

May it be a single drop of rain on parched earth (you know what I’m talking about, California).

For the value angle: What Has Nature Ever Done For Us?
For the lifestyle angle: The Nature Principle

No, these are not coyotes. Yes, this is an encouraging restoration and rewilding by humans.

Afraid of the Sharks

Nice soundtrack on this one.

What I Learned Making & Delivering an Ignite Talk