Good News: You Get to Decide What’s “News!”

A couple experiences demanded of me this post, though I fear I the question won’t be answered here due to complexity and variance.

First: lingering thoughts about my recent post about ForbesLife magazine, in which advertising functions as actual content.  What is normally seen as interrupting noise seems to be a legitimate value add in that publication, which is why I identified it as kin to bridal and fashion mags.  How far does that phenomenon extend?

Second: the first comment on a video I posted on the News First 5 (local NBC affiliate) Facebook page – “this is still news?”  That, in response to a piece of video that was broadcast 36 hours earlier about a victim fighting off a pair of would-be home invaders about 48 hours earlier.  If you follow the link, you’ll see my unnecessary, but polished defense.

So, what is news? In the first scenario, it’s advertising.  In the second, it’s extremely perishable.  There are nearly as many answers to the question as there are people to give it consideration.

Those answers, though, are decreasingly dependent upon or influenced by the one-time gatekeepers who produce and sell a traditional form of “news.” 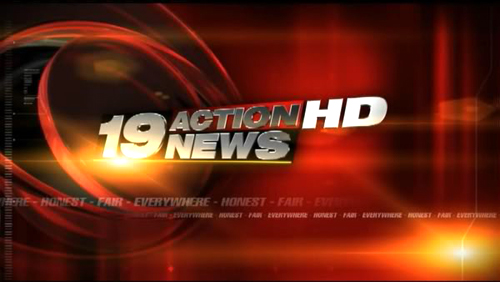 I’ll spare us all the rote litany of tired criticisms (think “if it bleeds it leads”) that have been lobbed at mainstream media for decades.  I’ll take a short cut straight to: you get to decide what’s news.

House fire or traffic accident in a part of town I’ve never visited?  Not news.  Big sale at a retail shop or new location of a restaurant I occasionally patronize?  Definitely news.

((Off-topic, but worth noting here: Action News is all over the former, but won’t touch the latter.  The former’s a consequence of broadcasting to an anonymous mass of people whose only definite common trait is that they share a defined geographical territory.  The latter’s a consequence of a “church and state” separation of advertising and content creation to erect and defend an idealized notion of objectivity.))

Want to follow attention-getting, dramatic story lines this election season?  Want to understand more truly the issues and candidates instead?  Totally your call either way.

See?  You get to decide.

So why a common body of “news?”  Agenda setting remains an influencing factor.  Every other outlet chasing down whatever one of them shows interest in means many of us will read or see the same things.  The dispersal of the one Associated Press story across several hundred news sites also assures a common base of news.  The incessant retweets of the moment’s celebrity death spread insanely fast as they jump across different social channels, at least in part due to the self-important rush to “beat” the wire.  If the use of all sources, channels and stories was charted by consumer or consumer groups, the boolean overlap is what’s generally regarded as “news.”

To the degree I control my consumption, I define news as information previously unknown or perceived differently that possesses one or more of three characteristics:

But that’s just me.  Have you a definition for “news?”