END_OF_DOCUMENT_TOKEN_TO_BE_REPLACED

It’s the sub-headline and positioning of a recent “Billionaire University” story in the Forbes 30 Under 30 issue: “Some of the Forbes 400 have Ph.D.s; far more never finished college.” END_OF_DOCUMENT_TOKEN_TO_BE_REPLACED

This morning I met for coffee a friend whose website I’m writing.  It’s a pretty casual shop that opens at 7am; the owner was still getting everything together at 7:05am.  Part of the process: firing up the music.

“I can’t think of it … what’s the radio on the internet?” she asked.  “Pandora,” I immediately replied without thinking twice.  “Yeah, that’s it,” she said, adding “I like Slacker, too.  It’s deeper.”

Pandora’s built from the Music Genome Project, which started in 1999.  In its current form with which you’re probably familiar, the website itself started in mid-2006.  In less than 5 years, then, “Pandora” has come to mean “radio on the internet” on a fraction of a moment’s thought.  I don’t even use Pandora and the connection is instantaneous.  That’s an important and impressive achievement.

If Pandora’s growing by anything but word of mouth, social networking and maybe some online banners, I”m not aware of it.  I’ve never seen an ad for it in any form.

Meanwhile, “the fastest growing company ever” is now “experimenting with what’s now typically referred to as traditional advertising – TV, print, radio, outdoor billboards – to maintain momentum.”  The former quote comes from a Summer 2010 story in Forbes; the latter comes from this week’s Ad Age.  Both are about everyone’s darling, Groupon, the company that can say no to Google and its $6,000,000,000.

Groupon and Traditional Advertising: Is that what it takes to be a premiere brand, a true household name?

Written by Rupal Parekh, the Ad Age piece is built on the fact that Groupon tried to buy Super Bowl ads, but settled for title sponsorship of the Super Bowl pre-game show because the in-game inventory has been sold out for months (at $2.8-3M per :30).  It goes on to detail their engagement with Crispin Porter + Bogusky for creative and talks with cable networks about their new agency Starcom.  It seems like they’re embracing establishment in hopes of becoming a premiere brand.

It’s worth noting that Pandora passed the 400M user mark more than a year ago, a mark Groupon hit at a much faster pace, achieving it in 2010.

Is the Super Bowl a smart play for Groupon?

Is traditional advertising still a basic requirement for a brand to become top-tier, to become a true household name?  Do the spend and presence add credibility to a brand?

Does Groupon need an agency, a creative shop and traditional media?  If so, why?  If not, how might tens of millions of dollars be better spent?

ForbesLife: Bridal Magazine for the Super-Rich

I like holding reading material in my hands and turning pages as I read.  I like folding a corner or tucking in a piece of paper to mark where I left off before setting it down.  As regards reading, I like not ever having to plug in, power up or power down.  I like books and magazines in physical form.  All that said, I also read a ton online, but that’s beside the point.

One of the magazines I enjoy reading when it arrives in my mailbox by way of the USPS is Forbes.  Occasionally, the magazine is supplemented by the obscenely rich ForbesLife, positioned as “Celebrating the Best of the Best.”  I’ve never seen a publication stuffed with more ads for watches that cost more than my car.

Speaking of being stuffed with ads, here’s the primary observation of this post: ForbesLife is stuffed with ads of all kinds.  Jammed.  Loaded.  Choked.  With advertising. 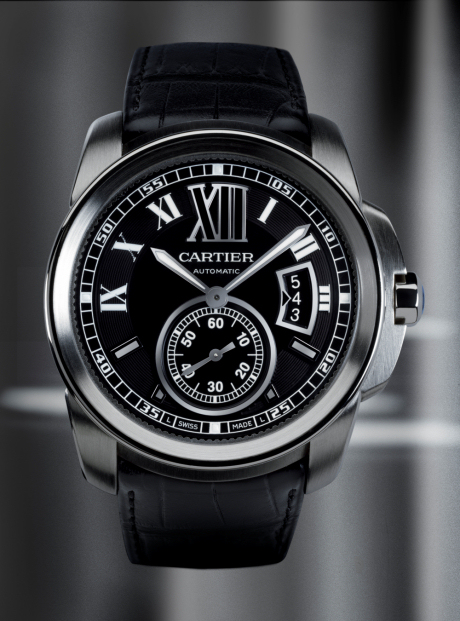 The Calibre de Cartier 1904 MC is advertised opposite the table of contents and is priced starting as low as $6,500.

One thing I like to do when a new magazine arrives at my home is to pull out all the postcard-sized, heavy stock inserts.  With the latest ForbesLife, though, I decided to pull out every page with advertising on both sides.  Just for fun and of curiosity.  The issue to which I refer is the 20th Anniversary issue, dated September 2010.

I pulled out 14 pages (28 single-sided pages).  That included a couple multi-page “advertorial” sections for Marquis Jet and for Charleston, South Carolina.

That left just 35 pages.  Of those remaining, 20 had advertising on one of the two sides.

In this tabulation, I was gracious enough to except the “Down Time, For Fall: Effortless Dress-Down Chic” photo spread from the advertising counts, despite the fact that every clothing item is brand-named and priced.  For your reference, I’ll run down item and price on one of those pages (randomly selected): $11,390 wool coat, $535 cotton shirt, $790 jeans and $70 belt.

That’s a fat lot of ads!  More than 50% the printed piece is advertising.

Bottom line: ForbesLife is a bridal or high fashion magazine for the super-rich.  In bridal and fashion mags, the advertising plays an important, functional role as content.

Beyond the obvious role of revenue-provider to the privately held media company Forbes, Inc., the ads are critical element of the publication for the reader.  The advertising in this type of magazine complements the content proper, provides supporting images and information and casts upon the reader a sought-after sense.

In the case of ForbesLife, it’s a sense of opulence.

People Don’t Buy What You Do, They Buy Why You Do It

Rich Karlgaard, publisher of Forbes and writer of its Digital Rules column, recently wrote about the “weak and uneven” economic recovery.

In doing so, he identified seven principles on which the companies that have succeeded throughout tend to excel:

Each was well-illustrated with examples of companies succeeding by excelling in that aspect of business performance.

The last one – purpose – really caught my interest because he highlighted thoughts of a guy I’d not read before – Simon Sinek.

The very best companies know why they do what they do.  They have a purpose – a reason for existence that transcends profit.  Driven by purpose, they create a movement and consequently get the most discerning and loyal customers.  In today’s crowded global marketplace customers ‘don’t buy what you do,’ says Sinek.  ‘They buy why you do it.’

This idea has fascinated me for a while and represents the most fundamental step in building strategy.  It seems so obvious and so simple, but it’s often overlooked and infrequently re-visited.  More often, we’re thinking and acting farther down the line at the tactical level.

Sinek’s “Start With Why” philosophy, of course packaged and sold as a book, isn’t revolutionary.  But the message is always timely and he gives it a fresh spin.

I’ll also add that I gave Sinek a “Like” on Facebook and will soon have motivational musings popping up in my News Feed.  Examples:

Sinek’s “Start With Why” site, including video of his great TED speech