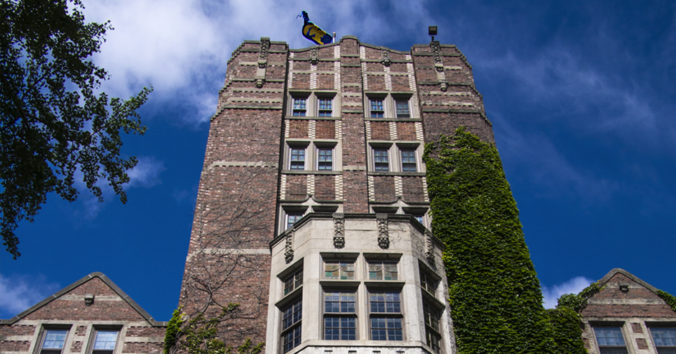 END_OF_DOCUMENT_TOKEN_TO_BE_REPLACED

BCS Football on ESPN: Another Blow to Broadcast TV

Right on schedule, the garbage bowl games keep rolling out across ESPN, ESPN2 and ESPN3.com.  Fine, some of them are “intriguing match-ups” – I’m still not paying any attention to them.

The Bowl Championship Series games, though, are definitely worth sampling … with the obvious exception of Oklahoma versus Connecticut in the Tostitos Fiesta Bowl (automatic BCS berths are a true shame – Michigan State or Boise State should be in that game instead of UConn).  TCU versus Wisconsin and Auburn versus Oregon are both insanely promising on paper.

Sadly, though, I won’t be seeing a single down of a single BCS game this year.  I won’t see any next year, in 2013 or in 2014, either.  Why not?  Because they’re locked behind the paywall of a cable or satellite subscription.  I found no reference to online viewing through Google, Bing or ESPN site searching, so I presume that they’re either unavailable online or that there will be a subscription structure similar to Time Warner Cable’s deal with ESPN to deliver Monday Night Football online.  Regardless, there’s a cost barrier. 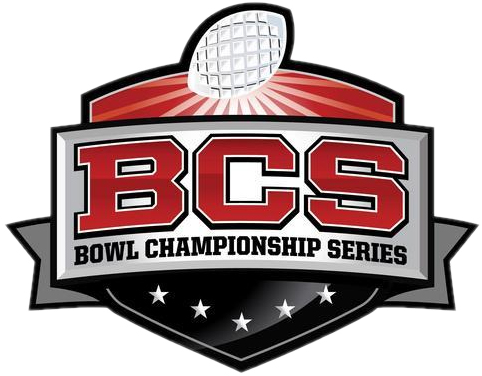 BCS Football on ESPN: Another Blow to Broadcast Television

In November 2008, FOX and ESPN were battling for four years of BCS rights (2011-2014).  FOX’s offer peaked at around $100M/year.  ESPN won with a bid closer to $125M/year, for which they’re granted TV, radio, digital, international and marketing rights.  They’re even running the BCS website.  Here’s a little background about the battle and the conquest:

I missed this story in 2008.  It only came to my attention as New Year’s Day 2011 nears and I began assessing my college football viewing options.

My reaction to the BCS move to pay television passed from mild anger and disappointment through nostalgia to acceptance – this process took about 10 minutes.  The initial reaction was based on the fact that I only watch free, over-the-air broadcast television in beautiful high definition – the cleanest signal one can watch.  Our only content subscriptions are for a handful of magazines and for Netflix.

Some consequences for ABC/broadcast networks:

They maintain schedule continuity.  Football games interrupt normal schedules, are live and therefore unpredictable, often run long and require contingency planning.  I’m not sure that this is a positive or negative consequence; have you seen the broadcast network lineups?

They lose live, mass-audience events.  As internet delivery, advertising alternatives and reduced ad budgets continually encroach on broadcast, cable and satellite revenue potential, live event programming continues to be a strong point for broadcast TV.  The Super Bowl keeps setting viewership records.  The Oscar, Emmy and Grammy Awards broadcasts have all enjoyed very good rating results in recent years.  Mass is not just the strength of a broadcast network, it’s also its entire purpose.  This is a negative consequence.

They lose strong promotional platforms to support or launch the comedies, dramas and reality shows of which their prime time lineups are built.  Reaching young men through mass media has been difficult for more than a decade; college football gathers a mass audience with a strong concentration of this elusive target.  Given, most of them will ignore the network promos in commercial breaks.  Those pop-up animations under which the football announcers must uncomfortably read promo copy?  Can’t miss those, even if we ignore their calls to action.  This is a negative consequence.

Some consequences for ESPN:

They reaffirm their unbreakable lock on the image of “sports.”  They alone own it.  They own it outright.  ESPN is synonymous with and inseparable from sports.  They are access, analysis and all other things “sports.”  This was never really in question (a quick nod to, then chuckle at FOX Sports Network), but this contract is another pioneering achievement that fits perfectly with their entire reason for existence.  Specific to this situation and contract, ESPN completely owns every aspect of the Bowl Championship Series right now.  All consequences for ESPN are completely positive.

Some consequences for the BCS:

College football may lose a bit of cultural currency.  New Year’s Day belonged to college football; it took over all the broadcast networks all day.  Even as bowl games proliferated and bowl eligibility and invites became far easier for a team to come by over the past decade, all the best games remained on broadcast.  This is over.  Though power comes through focus, targeted delivery makes your offering easy to miss for peripheral fans and viewers.

To illustrate, here’s a snapshot of ratings results for NFL football relative to the Monday Night Football move from ABC to ESPN.  The single highest cable rating ever (15.3) was achieved with the Vikings-Packers Monday night game on ESPN in October 2009.  The best season of MNF on ESPN ever averaged a strong 10.4 rating (2009).  For reference, though, the lowest rating ever achieved when MNF was broadcast on ABC was a not-too-shabby 7.7 (Rams@Bucs, October 2004).  I could not find the lowest rated MNF game on ESPN.

The broadcast void from this MNF move from ABC to ESPN was filled with the inception of Sunday Night Football on NBC.  Obviously, the NFL recognizes the need – or at least benefit – of a prime time network showing.  SNF did not disappoint; it consistently delivers double-digit ratings, typically wins the weekly TV ratings race overall and has beat that highest cable rating ever (15.3) a half dozen times.  Per Ad Age’s “Annual 2011” issue, the average cost of a :30 commercial in SNF ($415,000) is $150,000 higher than an ad Glee and $210,000 higher than one in Dancing with the Stars.  By this measure, it’s the most valuable show on television behind American Idol.

Same product, similar packaging, different delivery – NFL football reaches more people on NBC than on ESPN, despite the fact that a Sunday night game concludes a long day of football while Monday night is a stand alone event.  A paywall blocks out casual fans.

All that said, this is only a slightly negative consequence that washes out when you consider the incredible strength and focus that ESPN provides.  The entire delivery and marketing of the Series falls under one roof – and that roof belongs to the world’s premiere sports brand.

There’s no other way this could have gone.  It was a two-way race and the winner, ESPN, provides more money and more momentum for the BCS (through a focused brand and a comprehensive delivery and management offer).

The BCS on ESPN, though, is another blow to broadcast television.  Without live event programming, networks are playing to lose.  The broadcast revenue model depends on mass.

Had the contract instead been awarded to FOX – even at its lower price – the BCS would certainly have been a loss leader for FOX financially, just as Sunday Night Football is for NBC.  Still, these are the events that keep broadcast networks relevant as bolder concepts and smarter niche plays move to cable and satellite networks.

Related: the March Madness contract now spreads college basketball games across three cable networks in addition to CBS so that all the simultaneously played, early round games can be viewed live.  CBS, however, remains the sole spot for the final two weeks of play, including the entire Final Four.

I’ve not seen SportsCenter in a few years, but I can’t imagine why this offensive practice would have ceased.  ESPN: if you’re still running Dancing with the Stars highlights in SportsCenter, please stop.  It’s a ridiculous, shameful and transparent pitch to your parent, ABC.  The only time I want to hear about a former NFL player like Emmitt Smith is when he’s welcomed to Canton or, perhaps, in a highlight-for-highlight comparison showing how he was almost as good as Barry Sanders.

A Radical Blackfoot on the Economics of Globalization

My impression is that Jim Craven (Omahkohkiaayo i’poyi) has deliverd this lecture several times.  If not, it’s all the more impressive.  He’s a member of the Blackfoot Nation and holds US and Canadian citizenships.  Craven’s earned at least a half dozen undergraduate and graduate degrees in a variety of fields and at the time of this presentation was a Professor of Economics and Chairman of the Business Division at Clark College in Vancouver, Washington.

This video was brought to my attention about a year ago by a fellow UCCS MBA student.  I’ve seen it a few times since then for its breadth, depth and entertainment value.  It’s certainly academic, but connects to the everyday and to common experience frequently enough to guide you through.

If you don’t have the time or patience for this now, bookmark it and come back.  If you do have the time, share your thoughts.  Enjoy!