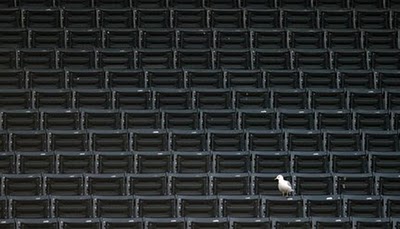 Permanence: Online Testimony to Your Personal Brand and Legacy

I’ve been doing marketing and promotion inside local television stations for more than a decade.  Nearly everything we do is highly perishable, especially in the linear broadcast.  It must affect my mindset, because two instances today – neither especially profound – open-hand slapped me in the face with the idea of permanence.

These instances immediately took me back to a Vaynerchuk take (find it at 19:30) on staying mindful of the fact that our great great grandchildren will be able to see much of what we do.

Instance 1: The final button on an interesting little case study by Darren Dahl in Inc. about a legal and PR crisis faced by Tagged.  I won’t go into the details of the saga, brief as it was, and will instead go straight to the closing quote.  “‘In the age of Google, bad press stays forever,’ says (CEO Greg) Tseng.  ‘This incident will be a part of Tagged’s legacy forever.'”

Instance 2: A blog post from Alexandra Levit titled “Google is Forever,” in which she runs down a young man’s persistent haunting by the press generated by a wildly anti-gay Facebook page he started with blind, youthful enthusiasm in his college days.  You can delete the page, but you can’t delete the press.  He professes great embarrassment it now and alleges it’s prevented him from being hired recently.  (Note: the post was brought to my attention by Dan Schawbel)

The takeaway: We’re building our legacy every day, one decision at a time.  Whatever’s online is testimony to that legacy.

And just for fun … a 3 year old rant (and I mean rant in the best way) on legacy vs currency:

This morning I met for coffee a friend whose website I’m writing.  It’s a pretty casual shop that opens at 7am; the owner was still getting everything together at 7:05am.  Part of the process: firing up the music.

“I can’t think of it … what’s the radio on the internet?” she asked.  “Pandora,” I immediately replied without thinking twice.  “Yeah, that’s it,” she said, adding “I like Slacker, too.  It’s deeper.”

Pandora’s built from the Music Genome Project, which started in 1999.  In its current form with which you’re probably familiar, the website itself started in mid-2006.  In less than 5 years, then, “Pandora” has come to mean “radio on the internet” on a fraction of a moment’s thought.  I don’t even use Pandora and the connection is instantaneous.  That’s an important and impressive achievement.

If Pandora’s growing by anything but word of mouth, social networking and maybe some online banners, I”m not aware of it.  I’ve never seen an ad for it in any form.

Meanwhile, “the fastest growing company ever” is now “experimenting with what’s now typically referred to as traditional advertising – TV, print, radio, outdoor billboards – to maintain momentum.”  The former quote comes from a Summer 2010 story in Forbes; the latter comes from this week’s Ad Age.  Both are about everyone’s darling, Groupon, the company that can say no to Google and its $6,000,000,000.

Groupon and Traditional Advertising: Is that what it takes to be a premiere brand, a true household name?

Written by Rupal Parekh, the Ad Age piece is built on the fact that Groupon tried to buy Super Bowl ads, but settled for title sponsorship of the Super Bowl pre-game show because the in-game inventory has been sold out for months (at $2.8-3M per :30).  It goes on to detail their engagement with Crispin Porter + Bogusky for creative and talks with cable networks about their new agency Starcom.  It seems like they’re embracing establishment in hopes of becoming a premiere brand.

It’s worth noting that Pandora passed the 400M user mark more than a year ago, a mark Groupon hit at a much faster pace, achieving it in 2010.

Is the Super Bowl a smart play for Groupon?

Is traditional advertising still a basic requirement for a brand to become top-tier, to become a true household name?  Do the spend and presence add credibility to a brand?

Does Groupon need an agency, a creative shop and traditional media?  If so, why?  If not, how might tens of millions of dollars be better spent?

Use Your Authority to Protect Your Brand

“Hi, we’re from ADT.  Do you want to keep your family safe?”  It’s a good angle, but a tactless approach and sketchy presentation.  They proceed to offer a free security system install with a $15/month monitoring subscription.  Despite hearing the strongest brand name in home security and despite being a former ADT customer, I politely refuse the offer and send them off.

Rightfully curious about the odd encounter, my wife implores me to get a better understanding of the situation.

After they leave my neighbor’s porch following another unsuccessful pitch, I get their attention and we chat in the street.

I ask: “Let’s say I change my mind in a couple weeks and want to have that in-home consultation you described – how might I reach you?”  The main guy offers to set that consultation up right now.  I counter: “No, I’d prefer to have a business card or similar so I can contact you at my convenience.”

Important points: there are no ADT ballcaps, no ADT knit shirts, no ADT paperwork, no business cards of any kind!   Just two guys, far from “clean cut,” with a stack of Google maps on which they circle and cross out homes as they visit clipped to a neon green clipboard that opens up and holds a couple dozen pieces of paper.

I get “Derek with ADT” and a phone number scratched out onto a torn-off piece of a Google map print out and return to my home.

Inside, I find the phone number for the local ADT business office to ask whether there’s any scheduled door-to-door sales activity in my area.

The woman who received my call confidently asserts that they “never sell door-to-door.”  I alert her to the fact that they said “ADT” about a dozen times and wrote “Derek from ADT” on the torn-off piece of paper.

“Ooooh, I know,” she says, as a familiar situation becomes more clear to her.  “They’re probably from one of our authorized dealers.  We get complaints about them ALL the time.”  She proceeds to tell me about fly-by-night scenarios in which a dealer installs a faulty system, disappears, and leaves ADT with rightfully angry customers.  “Really frustrating,” she says.  I could not believe what I was hearing.

The point: if you’re maintaining a network of authorized dealers, go ahead and authorize them!

Provide them with logo’d gear, because they’re using your name – and your name only – with your full permission and authorization!  Provide a little training and some basic guidelines.  Your company has plenty to lose by actively permitting nomadic tribes of sketchy sales people to represent you.

Use your authority to protect your brand!