Invest in People: You Can’t Downsize Your Way to Success

The easiest thing for companies to do in hard times is to eliminate jobs.  You read about this constantly as a reaction to lowered earnings, reduced margins, and dimmed prospects overall.  I saw this cycle frequently toward the end of my local television career: positions held open for a couple extra months, hiring freeze across all positions, buyouts of tenured people, then elimination of positions.

The cuts seem necessary and beneficial at the time, but it’s a long, slow death.  The expense cuts tend to mask deeper problems with value proposition, business model, or strategy.  People will ultimately be necessary to bring life back to the operation, to create and deliver its value.

Downsizing (or, the sadly hilarious “rightsizing”) seems to be a quick fix that immediately cuts expenses.  The problem: the benefits provided are short-term only. END_OF_DOCUMENT_TOKEN_TO_BE_REPLACED

When you place an order with Amazon, you immediately receive an email confirming the order.  You receive another to let you know when it’s been shipped.  You can track its progress all the way to your door.  As a customer, you know what’s going on from beginning to end with updates throughout the process.

Even Domino’s Pizza lets you track your order from confirmation through prep, baking, quality checking and completion.  “Hey, look!  Rick just put my pizza in the oven!”

Among the many observations my wife shared with me from her years as a flight attendant is that customers don’t expect the mechanical delay to be fixed in an instant.  Instead, they just want to know what’s going on.  What’s the problem?  How long until it’s fixed?  When will we be taking off?  How late to my destination should I expect to be?  Has the status of the problem changed?

The same is true under crew, weather or any other kind of delay.  The rising anxiety of passengers was slightly diminished each time more information was shared.  On occasion, she’d been explicitly told how nice and helpful it was to know what was happening.

This is also a basic rule of crisis management within public relations.  Share what you know, when you know it.  Be honest.  Be clear.  Be informative.

Now to my motivation to put this little post together: my 2003 Volkswagen Jetta was recently hosted by the local Volkswagen dealer’s service department for three entire days.  During this time, I had to initiate every single piece of communication.  This poor customer service was acknowledged by the fact that they took $100 off the final bill. 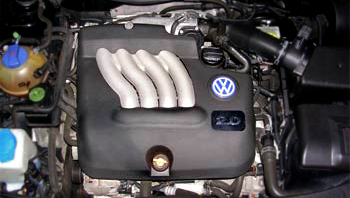 The Bob Penkus VW Service Department should share what they know when they know it.

The car would not start properly on a Wednesday morning.  We got it jumped, then I dropped it off with them at 7:45am.  To be fair, I did not have an appointment.  I characterized the problem as a failing battery and noted that we still had a temperature light flashing (it’d been looked at before but never solved).

I didn’t expect to have the car back by noon.  I did expect to hear something that day, though.  I called at 5pm to learn that, of course, it wouldn’t be ready.

On Thursday, I didn’t hear anything, so I gave them a call at 3pm.  A new battery was definitely needed and they were “looking around” for one.  They were still looking into the flashing light.

I left a voice mail message at 5:30pm and again at 6pm to see if they’d found and installed a battery.  I got a call back at 6:15pm and learned that: I had two choices of battery, they’d solved the flashing light, they’d found that the oil filter leaked and they wanted to change my timing belt.  Also: no work had yet been performed.  And: no costs were mentioned until I specifically asked about them.  Even then, the whole package was positioned at once ($1,200), rather than as a series of options.

So after 5pm on two consecutive nights, it was up to the customer to figure out if he’d need to line up an alternative ride home from work that evening and back to work the next morning.

On that callback, I said yes to $400 in work – new VW battery, new oil filter and new coolant return thing that solved the flashing and beeping with which we’d been greeted every cold morning.  I said no to the $800 timing belt change (I’ll get that done elsewhere, even though they price match).  I was assured the work would be performed first thing in the morning and that the service manager would call me as soon as the car was ready.

I heard nothing all Friday morning, so I gave them a call at 1pm.  The person handling my visit was not in, so someone else said she’d check with the technician and call me back right away.

Voice mail messages unreturned.  Broken promises of calls back.  All information pulled by the customer rather than pushed by the service department.